Oana Avasilichioaei is a Montreal poet and a literary and commercial translator. She has translated poetry of Nobel-nominated, Romanian poet Nichita St?nescu, published as Occupational Sickness (BuschekBooks, 2006) and collaborated with Erín Moure on Expeditions of a Chimæra (BookThug, 2009), a dialogic work exploring the boundaries between author/translator and original/copy. She has given workshops and lectures on translation in Canada, USA, Mexico, Spain and France. A current translation-related project involves a field translation of the early Romanian poems of Paul Celan. Her recent books with Wolsak and Wynn include The Islands (2011), feria: a poempark (2008) and Abandon (2005). 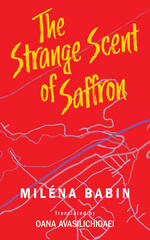