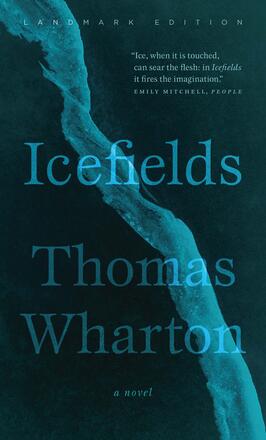 At a quarter past three in the afternoon, on August 17, 1898, Doctor Edward Byrne slipped on the ice of Arcturus Glacier in the Canadian Rockies and slid into a crevasse.

Frank Trask, the expedition guide, was the first to notice his disappearance. He paused in his slow trudge to make a head count and saw, against the glare of the ice, one less dark, toiling figure than there had been moments before. Trask called out to the others walking farther ahead on the glacier. They turned at his shout and descended quickly to where he stood.

On this bare, windswept slope of ice there was only one place Byrne could be. The climbing party crouched at the edge of the chasm where the young doctor's snow goggles lay, the strap caught on a projecting spine of ice. They shouted his name down into the darkness, but heard nothing. Trask unwound the coil of rope from over his shoulder and knotted a stirrup in one end.

There was no time to argue. One end of the rope was secured around a rough bollard hacked out of the ice, and Trask tied the other around his chest. Slipping his foot into the stirrup, he took hold of the rope and stepped backwards into the abyss.

In blue-black darkness almost sixty feet below the surface, his gloved hand touched the doctor's boot. He realized Byrne was wedged upside down between the narrowing crevasse walls. Trask spoke his name and nudged him cautiously with his knee, but Byrne did not respond. The only sound was the muffled splash of meltwater. Trask shouted up to the others and after a few moments a second rope snaked down towards him from above. He caught the end of the rope and hung in space, waiting for his eyes to grow accustomed to the deep blue gloom. After a few moments he could see that the rucksack on Byrne's back was jammed against an outcrop of the ice wall. This lucky chance had saved him from falling even further, but now the rucksack would only be a hindrance to the rescue.

Trask squirmed himself down into the narrow space beside Byrne. With his hunting knife he sliced through one shoulder strap, then worked the free end of the rope behind the doctor's back, grasped it with the fingers of his other hand and slowly tugged it around. The doctor did not move. Trask let out a long breath. He felt sweat cooling on his neck.

When the rope was snug and knotted under Byrne's arms, Trask cut the other strap and gave the rucksack a shove with his boot. It tumbled down into the dark with a muffled clang of metal.

What the hell was he carrying in there?

Byrne began to slide downward, but the rope went taut and held him.

--I've got him, Trask shouted. Pull him up, slowly.

Byrne, and then Trask, were hauled to the surface. The doctor's skin was pale blue, his beard and clothing covered in a lacquer of refrozen meltwater.

Professor Collie knelt and examined him, unwound the ice-encrusted scarf from around Byrne's neck and felt for a pulse.

With his teeth Trask pulled off his soaked gloves and spat them onto the ice.

--Then he missed all the fancy words I used trying to get that damn rope around him.

--Hypothermia, said Professor Collie. We have to get him warmed up.

The four men carried Byrne down the long, sloping tongue of the glacier to the terminus, where the wranglers were camped, waiting with the horses. Nigel the cook saw them coming and had a fire started and tea brewing when they arrived. Stripped of his soaked, stiffened clothing and bundled in a wool blanket, Byrne was propped upright in front of the fire. Drooping forward, he made a barely audible sound, a gasping hiccup. The professor rubbed his limbs and chest.

--The pulse is weak, but he's still with us.

Byrne shuddered and moved his arms. His breathing became audible. A pink glow spread slowly from the centre of his chest, outward to the limbs, suffusing the blue pallor. He yawned, opened his eyes, and shut them again.

--We must get him away from the ice, Collie said. I'm afraid that if we bivouac here he might relapse.

As he spoke, he pried the pocketwatch from Byrne's closed fist.

First published in 1995, Thomas Wharton’s Icefields is an astonishing historical novel set in a mesmerizing literary landscape, one that is constantly being altered by the surging and retreating glacier and unpredictable weather. Here—where characters are pulled into deep chasms of ice as well as the stories and histories they tell one another—is a vivid, daring, and crisply written book that reveals the human spirit, loss, myth, and elusive truths. Edited by Smaro Kamboureli.

Praise for Icefields:
". ..careful dialogue, a steady pace and cool, subtle prose. ... through a skillful juxtaposition of scientific observations, dialogue and journal entries and letters, fact is successfully merged with fantasy. ... a well-told tale is definitely worth the pursuit, as both the doctor and Mr. Wharton's readers will discover. "
~ Pamela Stock, New York Times Book Review
"Icefields is a novel of crystalline beauty from a writer to watch. "
~ Ronald Wright, Times Literary Supplement
"Ice, when it is touched, can sear the flesh: in Icefields it fires the imagination. "
~ Emily Mitchell, People
"Wharton has ably captured the turn-of-the-century feel of rural Canada, complete with boosterism, a Victorian adventuress, and teahouses in the wilderness. "
~ Dennis Drabelle, Washington Post Book World
"Wharton is an original writer and Icefields is an original novel. "
~ Mark Giles, Calgary Herald
"Ironic, brilliant, and unforgettable. "
~ Peter Simpson, Telegraph-Journal
"[Wharton] is stalking what, for a young writer, is rarefied game indeed: the playful ways in which people's private mythologies just barely intersect, if at all. "
~ Michael Harris, Los Angeles Times
"Wharton reminds us again that, though we should attempt to look at nature on its own terms, we must do it in a human, loving way. "
~ Alexander Rettie, Alberta Views
". ..an astonishing first novel, for it's scope, structural integrity, consistent beauty, and language. "
~ Jill Robinson, Edmonton Journal 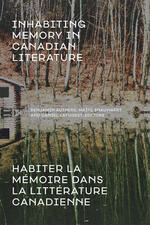 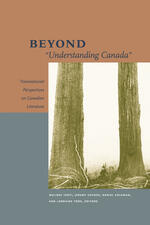 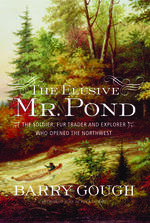